I had a new customer trying to schedule me for over 3 weeks now, but I was never able to find the time around the post office schedule. I finally committed to it about 5 days ago when the forecast was for 48 degrees today....except it wasn't. The actual temperature was 18 degrees after receiving some snow last night. The TM was winterized the van kept empty, but there were still some frozen lines to deal with, mainly the live reel and the feed line from my water tunk to the pump....both solid ice. I must have failed to push enough RV antifreeze through the live reel and I have never found a good way to protect the water tank as there is always a little water left behind and that braided feed line is on the floor where it is the coldest. Short of filling the water tank with antifreeze and pumping it through the system (tank is a sealed design) there just isn't much one can do except remove the line and store indoors.

Anyway, with the water tank iced up, I would have to connect a garden hose to the TM instead....except my hoses had some ice in them as well hanging up in an unheated garage. Normally, I bring all the hoses inside this time of year for this very reason, but since I am not cleaning much at all these days I just skipped it this time around. Not wanting to waste time thawing out hoses, I just bought a new one en route to the job.

It felt good to exercise the equipment and turn a 12 year old dingy poly into something that resembled carpet again, but it was a waste of time financially. The job was a truck minimum affair (living room, hallway, some steps) and once you deduct the cost of the new garden hose and RV antifreeze it was pointless.

I miss cleaning daily instead of carrying mail, but I do not miss doing it in below freezing temperatures. I am also glad that I don't have to keep a space heater going in the van 24/7 for 5 months so that I can respond quickly to jobs. That was an expense that I no longer have to accept. I think as the temps continue to drop this time of year, I may not miss the carpet cleaning biz all that much....at least not until Spring.
_________________
Carpet Cleaning Prescott Valley 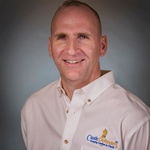 @Matt; My carpet cleaner wrote: Oh how I wish I had a sprinter or a 7.2L diesel.

Until it was in the shop and you had to pay a diesel mechanic to fix it.....

NO desire to own anything diesel here.

Ive heard nothing but "7.2L are tanks"

I like the Sprinters, but yes, repairs are very costly when they happen. It was the same way with my NPR, that transmission costs about $5000 to replace alone...that would hurt.